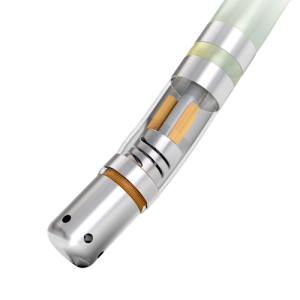 An ablation begins with a small incision, usually in the groin, through which a specially made catheter is passed. This catheter is threaded up a blood vessel using advanced ultrasound technology for guidance.

Once the catheter reaches the heart, special real-time mapping technology accurately visualizes the structures of the heart as well as its electrical signals, and from where they emanate. This allows Dr. Banker to plan the ablation with great precision. The catheter is tipped with a radio frequency generator, producing heat. This heat is applied in a very focused manner to eliminate the malfunctioning heart tissue – the source of the improper electrical signals.

Because the catheter offers real-time mapping of the heart, Dr. Banker has a good idea of the result immediately after the ablation and can adjust appropriately.

Recovery from the catheter ablation